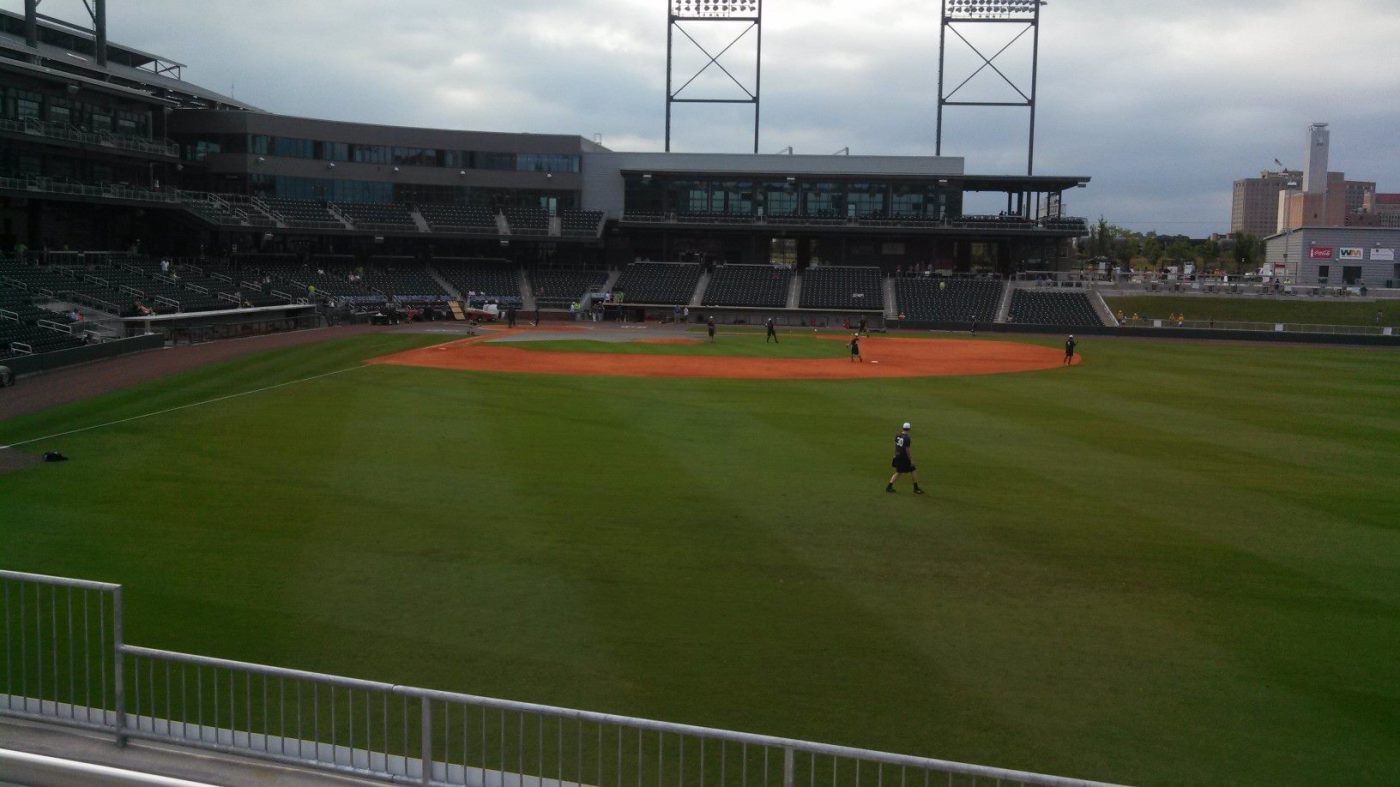 “Travel is the only thing you buy that makes you richer.” -Unknown

Birmingham, Alabama. The Magic City. A nickname first used in 1873 by a Mr. James Powell because of the rapid growth. Birmingham is the Magic City for more than just growth these days, although it still does just that. Downtown Birmingham continues to grow and change with every visit! With Railroad Park, Uptown, Vulcan Park, and Sloss Furnaces, just to name a few, there hasn’t been a time where we couldn’t find something to do! Birmingham’s Regions Field is one of my favorite places to catch a baseball game, with the Birmingham Barons and occasionally UAB’s college team. Regions Field is new to Birmingham, having opened in April of 2013, for a sold-out game against the Mississippi Braves. It is a beautiful park in the middle of downtown, located right next to Railroad Park. Here you can get Dreamland ribs and pulled pork nachos, buffalo chicken nachos, bourbon beef brisket nachos and SO much more! You can also wander out to the Beer Garden for a taste of some local brews. While I love catching a game at the new park, my favorite thing for the Birmingham Barons is to catch a Rickwood Classic game. Rickwood Field is the oldest professional baseball park in the United States, built in 1910. The Rickwood Classic is an annual throwback game to different eras of Barons history. This is a regular season game with contemporary rules, with players and umpires in uniforms dating back in time. The park has been preserved, so between the old uniforms and the old park, you have a feeling of being transported back to a simpler time. Parts of the movie 42 were filmed at the park, and in front of the Alabama Theatre, another historical landmark in Birmingham.

The Alabama Theatre is another great place to visit in Birmingham. Known in the region as ‘The Showplace of the South’, Alabama Theatre was built in 1927 in the typical majestic style of the times. Nowadays you can catch a concert, comedian’s show, or a good movie, new and old. You can catch a movie every Friday night and Sunday afternoon during the summer, Christmas movies (yes, even the classics!!) most nights in November and December, and even a full audience participation Little Shop of Horrors in October. We enjoy this little gem at least once a year, typically to go see National Lampoons Christmas Vacation or It’s a Wonderful Life. If you really want to get adventurous, they even show Gone With the Wind, which you can enjoy while sitting in a theater as though you were seeing it when it first came out. One of the really great things…or annoying, depending on how you look at it…is the intermission for bathroom breaks, refreshments, and the playing of the Wurlitzer Organ. As films were silent when the Alabama Theatre was built, they required musical accompaniment, so an organ nicknamed Big-Bertha was installed. One of only seventeen of these organs built, it is one of only three still in its original location. There is nothing like watching this large, beautiful instrument rise up out of the floor and listen to it being played.

After catching a game at Regions Field or a movie at the Alabama Theatre, we like to walk under the 18th Street viaduct for some cool pictures of the art-lights called “LightRails”, a multi-colored, constantly changing light system put in to encourage more pedestrian traffic. Mini-me and friends love to get under there and take silly pictures, doing silly things. As the viaduct is right at the end of the beautiful Railroad Park, it makes for a wonderful evening stroll.